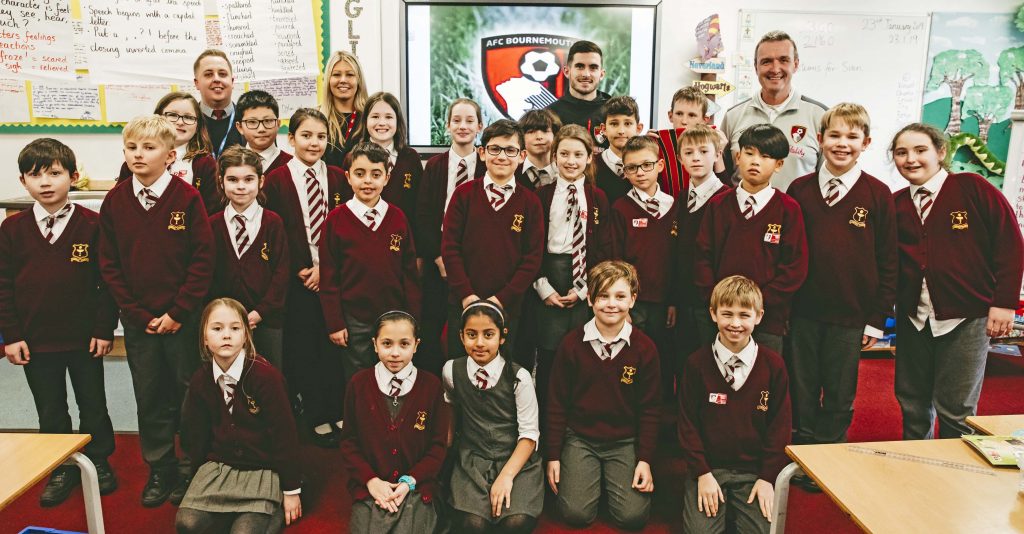 The independent firm of estate agents, surveyors and valuers will remain as Official Partners of AFCB’s Community Sports Trust for the 2019/20 season.

The project uses young people’s love of football to encourage good behaviour at school, at home, in sport and within the community.

The project is split into two 30-minute sessions for youngsters – an interactive class lesson followed by a practical session, allowing them to discuss and share ideas about the importance of respect.

Paul Stewart, managing director of Goadsby (Commercial), said: “As a long established business working right across this beautiful part of the world, we felt we wanted to continue supporting this important project and give something back to our community.

“We didn’t have a moment’s hesitation about signing up again to sponsor the Cherries’ Citizenship & Respect campaign, which does so much superb work with young people and positively enriches their minds as they take their first steps into adulthood.”

AFC Bournemouth partnerships manager, Amy Marks, said: “We are delighted to once again partner with Goadsby. Our long relationship has seen the firm commit to so much good work with young people in the region.

“The Citizenship & Respect project continues to expand and has proved be a huge hit with local schools over many academic years, thanks greatly to the support of Goadsby.”

Goadsby has been providing professional services across residential and commercial property markets since 1958 and has grown to become one of the leading independent estate agents in central Southern England and the largest covering Dorset, Hampshire and South Wiltshire.

Goadsby is one of the UK’s top ranked property providers and with 23 residential sales offices, 15 letting departments and three commercial offices.