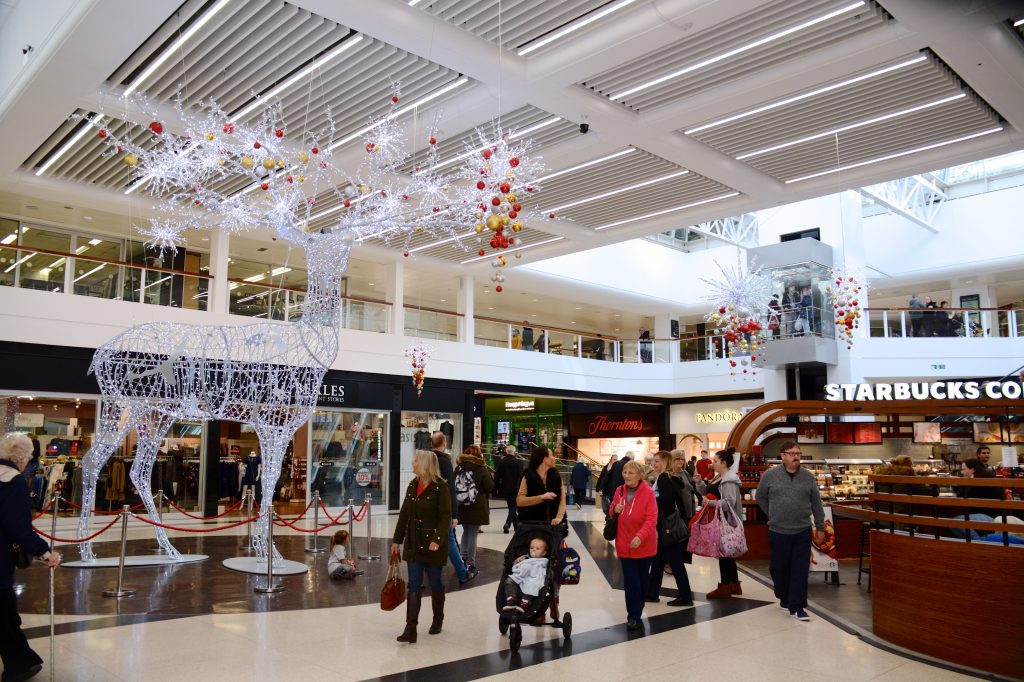 The Dolphin Shopping Centre in Poole has announced its new late-night shopping hours for the final weeks before Christmas.

Christmas opening times are as follows:

Shoppers can enjoy a range of festive activities every Thursday evening, including a ‘Festive Front Door Game’, situated in the mall. The three different coloured doors will feature festive wreaths in a small area of picket fencing with Christmas trees and fake snow where shoppers will have the chance to win a range of prizes.

John Grinnell, centre manager at the Dolphin Shopping Centre, commented: “Our new and improved late night shopping is back for 2019, starting earlier and with even more late nights this year. We want to make shoppers’ lives easier in the run up to Christmas, as we know how busy the festive season can be.”

The Dolphin management team were inundated with positive feedback on the decorations last year, and the popular ‘King of the Forest’ six-metre stag is returning by popular demand. John Grinnell added: “The centre is looking really festive and we love getting all the feedback from happy shoppers. A visit to the centre is the perfect way to get into the festive spirit!”

Tony Brown, chief executive of Beales, said: “We welcome shoppers to come and have a look at Beales in Poole following its refurbishment earlier this year. Beales is proud to support the late night shopping hours at the Dolphin Shopping Centre, and at this time of year with variable weather, it is great for shoppers to have the choice of shopping indoors or outdoors. We also think that the stag outside of Beales in Poole is particularly spectacular.”

The Dolphin Centre is also supporting BCP Council’s popular Park and Ride scheme again for 2019. Morebus will run the service on each of the four Saturdays before Christmas – 30th November and 7th, 14th and 21st December.

Buses will leave Creekmoor Park and Ride site every 15 minutes from 8am until 6pm, and will drop passengers off at the entrance to Falkland Square. The buses will then depart every 15 minutes until 6.15pm to take shoppers back to Creekmoor Park. An adult return is £1.50, and accompanied children is 50 pence return. Holders of English National bus passes may also use the service free of charge.

For more information about the Dolphin Shopping Centre, visit www.dolphinshoppingcentre.co.uk