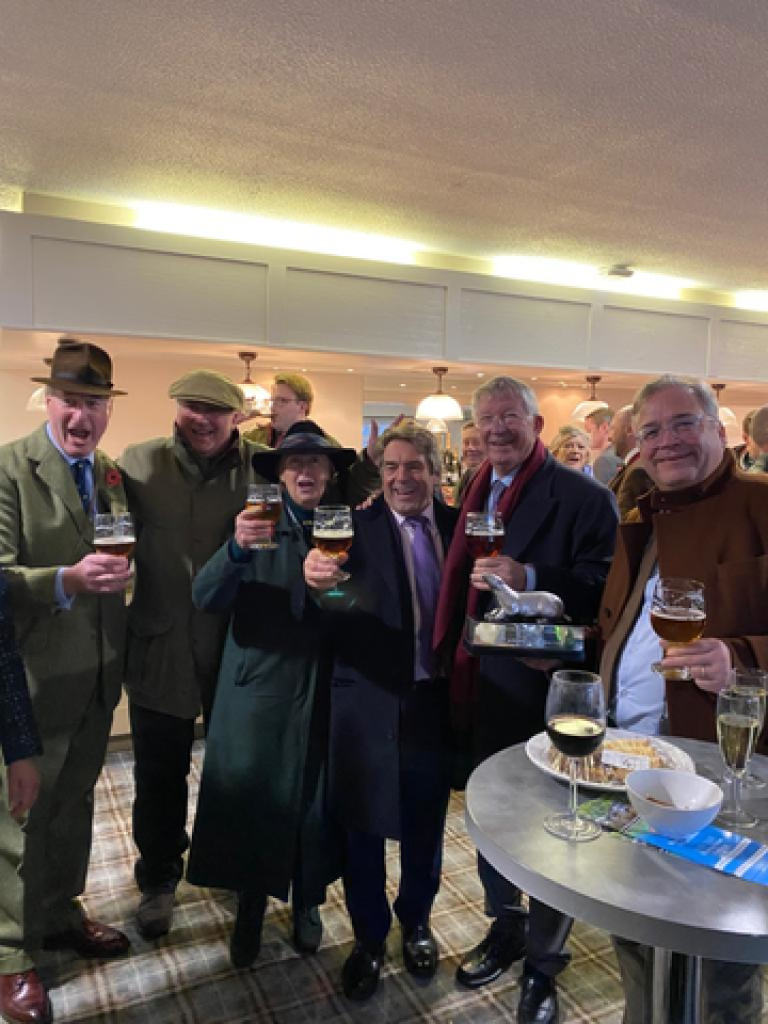 More than 550 Hall & Woodhouse (H&W) team and family members came together on Saturday November 9, to celebrate the 58th running of the Badger Chase at Wincanton Racecourse.

The leading independent family-owned Dorset brewer has sponsored the annual event for 58 years since it began in the 1960s and is the longest current sponsor in racing. Each year horses and their owners from across the country compete for the Badger Ales Trophy, including H&W Family Director Mark Woodhouse and his wife Tessa with their horse, Present Man.

Present Man has won the race for the past two years and while it was a shame he didn’t manage to pull off the treble this year, it was exciting to see the trophy brought home by his stable companion Give Me A Copper. Give Me A Copper is jointly owned by trainer Paul Nicholls, Sir Alex Ferguson and Ged Mason, and this year 8th Generation Lucinda Gray, H&W’s Next Generation Family Director and Company Relationship Manager, had the honour of presenting the Badger trophy to the winning owners.

Anthony Woodhouse, Chairman of Hall & Woodhouse, said: “Well done to Give Me A Copper for his success in this year’s Badger Chase. Every year we look forward to the event which is steeped in history and supported by our family and team members from far and wide. We use the race as an opportunity to come together and celebrate the past year’s achievements.”

Hall & Woodhouse is an independent family company that brews award-winning Badger ales and runs a collection of 180 beautiful pubs and inns across the south of England. The business is dedicated to supporting its local communities and causes, having invested more than £30million in its public houses over the past five years.