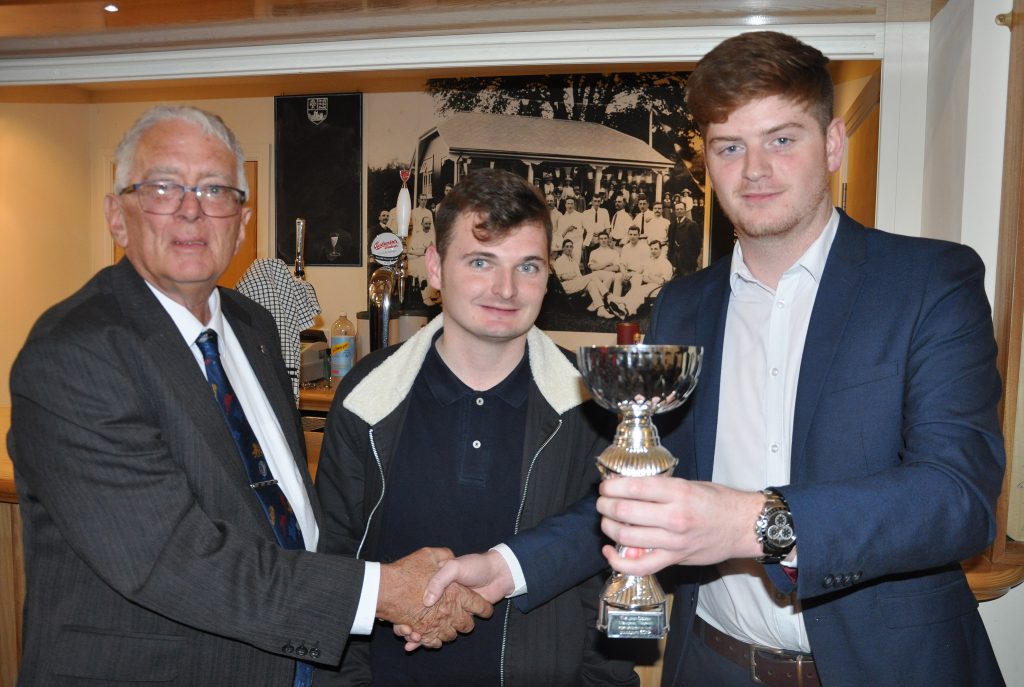 The Jack Douch Memorial Trophy for cricket in the Dorset community was won this year by Puddletown Cricket Club.

The trophy and cheque for £500 were provided by the league sponsors, The Dorset Funeral Plan, and presented by chairman Peter Douch.

The cub impressed judges with its provision for girls and women’s cricket and for its introduction of the All Stars scheme for youngsters.

The club is also doing well on the playing side and has seen major improvements with its ground.

Puddletown skipper Adam Barrett and secretary Chris Clarke received the award at the annual general meeting of the Dorset Cricket League, which was held at Wimborne and Colehill CC.

Peter Douch said: “I know there were several clubs on the shortlist but it’s good to see it won by Puddletown.

“They are making great strides and have young people in important positions which bodes well for the future.

“My father was a great supporter of all cricket in the county and would have been delighted that a relatively small club is doing so well for the sport he loved.”

Puddletown runs two senior Saturday sides – in Division 2 and Division 6 – and they finished second and third in their respective leagues.

Skipper Adam said: “It is fantastic to receive the award and the money will help us progress further next season.

“A lot of people have put effort in to move the club forward and we accepted the award on behalf of everyone.

“We have some exciting plans for next year and can’t wait for the season to get underway.”

Jack Douch, from the age of 14, worked for his father’s firm, F.C. Douch and Son in Wimborne, which now has eight funeral branches across Dorset.

In 1999 they introduced The Dorset Funeral Plan, which has been sponsoring the cricket league for more than ten years.

Jack’s family decided to mark his passing some years ago with the award for the club that has done most for the game in their community.