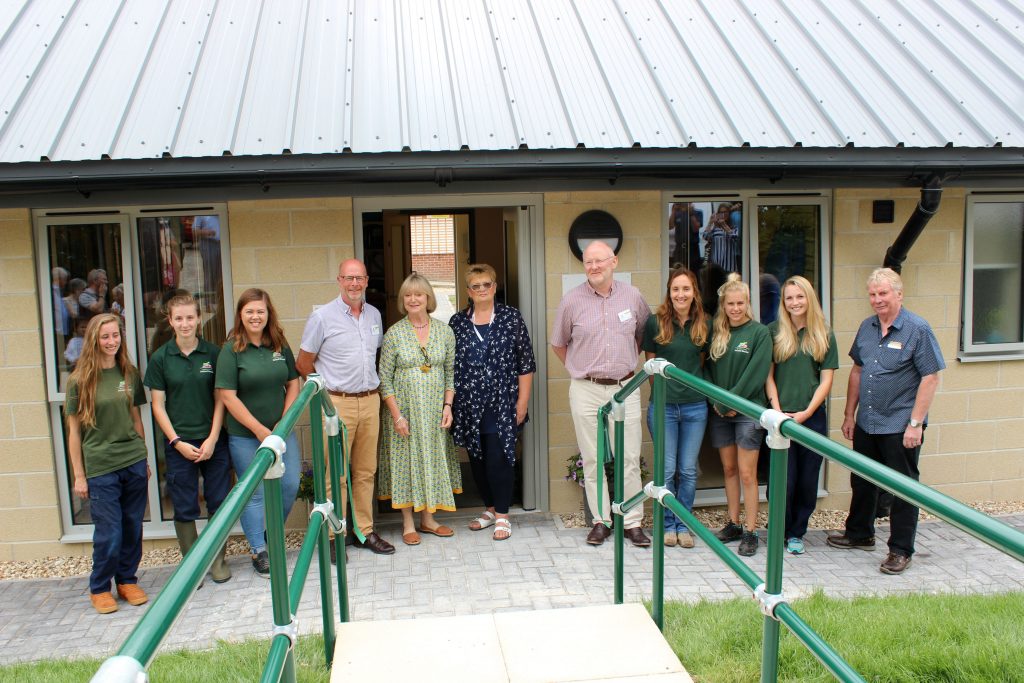 Following on from the refurbishment of the kennel blocks ensuring that the rescue dogs have a much better experience whilst they are waiting for their forever homes, a need was identified for improving the facilities where the rehoming journey starts. The rehoming and reception facilities at Lincoln Farm, having been in situ for over 30 years, consisting of sheds that had become unfit for purpose, leaked and were not comfortable environments.

After a six month build time the new facilities were officially opened by Debbie Eddie, a volunteer of MGAR for almost 20 years and Joanna David, actress and wife of Edward Fox OBE, the charity’s patron with a ribbon cutting ceremony on 21st July. Joanna gave a wonderful speech about her and Edward’s association with the charity, dating back to a time when they rehomed a neighbour’s cat to Margaret Green at the Church Knowle centre. Joanna complemented the staff on their dedication, hard work and drive, as well as congratulating Debbie on her service stating that she was honoured to be cutting the ribbon alongside her.

Geoff Wright, CEO commented “The new reception and rehoming building at Lincoln Farm marks another milestone for the charity, one that would not have been possible without a legacy that helped to fund the project. Legacies are a particularly important source of funding for the charity as they enable us to improve facilities for animals in our care, without these projects like this new build would not be possible. The new facilities will help to ensure that the rehoming journey for dogs in our care and potential rehomers is an all-round more pleasant experience. It also provides private areas for anyone bringing a dog into rescue as we recognise how difficult this can be.”

Following the ceremony guests were invited to tours of the facilities including the hospital and kennel blocks, as well as the opportunity to view the new reception and rehoming building.

Margaret Green Animal Rescue are delighted to now utilise the new space and we are so pleased to be able to continue to make a positive impact on the welfare of rescue animals.